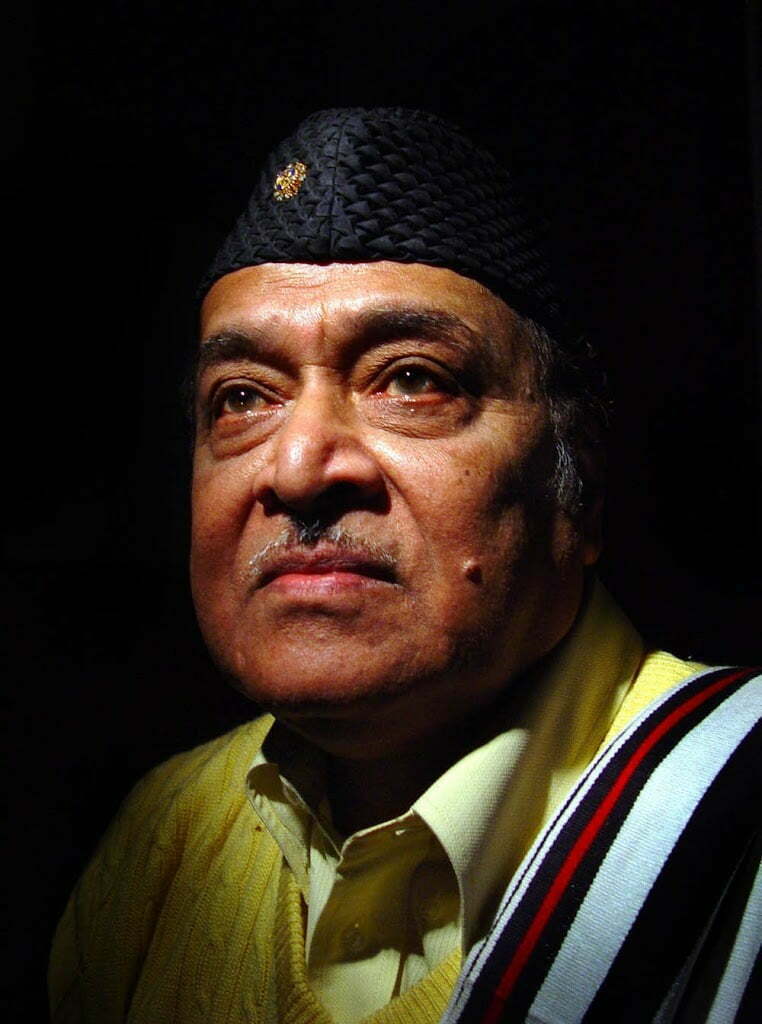 Bhupen Hazarika was a renowned Indian music composer, singer, and filmmaker. He was born in 1926 in Assam, and he spent his childhood and youth in Assam and Bangladesh (then East Pakistan). Bhupen Hazarika started his musical journey at a very young age and went on to become one of the most celebrated musicians in India. He wrote music for movies, TV, and radio, and his work included folk music, classical music, film music, and modern music. He also wrote and sang songs in several languages, including Assamese, Bengali, Hindi, and English. Bhupen Hazarika passed away in 2011, but his music continues to live on and inspire people all over the world.

Bhupen Hazarika was born in 1926 in Sadiya, Assam. After completing his studies in Guwahati, Kolkata, and Mumbai, he started his career as a journalist with the BBC in London. He later went back to India and worked in the Hindi film industry as a playback singer and music director.

Bhupen Hazarika is best known for his work in Assamese cinema. He composed the music for over 100 Assamese films and also directed several films. His most popular films include Drachanda Bahadur (1965), Ekhon Nedekha Nadir Xipaare (1972), and Chameli Memsaab (1975).

Bhupen Hazarika was also a prominent political figure in Assam. He was a member of the Assam Legislative Assembly from 1967 to 1972 and served as the chairman of the Sangeet Natak Akademi from 1984 to 1988. In 2012, he received the Padma Vibhushan, the second-highest civilian honour in India.

Bhupen Hazarika was born on 8 September 1926, in Sadiya Assam, India, into a poor but hardworking and musical family. His father, Nilakanta Hazarika, was a great lover of music and an excellent singer himself. Nilakanta Hazarika instilled in his young son a love and respect for music.

Bhupen Hazarika’s formal education began at the age of six when he was admitted to Mangaldai Mission School. He later studied at Cotton College and Guwahati University. In 1949, he earned his BA degree from Guwahati University with Honors in English Literature. He also obtained his MA degree in Political Science from the same university in 1951.

During his college years, Bhupen Hazarika actively participated in various cultural activities. He was deeply influenced by the works of Rabindranath Tagore and Mahatma Gandhi. Tagore’s ideals of universal brotherhood and Gandhi’s philosophy of non-violence had a profound impact on Bhupen Hazarika’s life and work.

After completing his studies, Bhupen Hazarika worked as a journalist for The Assam Tribune and as a broadcaster for All India Radio (AIR). He also taught Political Science at Gauhati Commerce College and Guwahati University. In 1953, he made his first trip to Europe where he attended the World Festival of Youth and Students in East Berlin

Bhupen Hazarika is a legendary music composer from Assam, India. He is widely respected for his contributions to Indian music and culture. Some of his most famous works include the song “Dil Hoom Hoom Kare” and the film score for the film “Aparajita Tumi”. Hazarika has also been honoured with several awards, including the Padma Shri and the Dada Saheb Phalke Award.

Bhupen Hazarika is often credited as the father of Assamese music. He was born in 1926 in Sadiya, Assam, and studied physics at Cotton College and Banaras Hindu University before going on to study film directing at Pune’s FTII. He made his directorial debut with a Bengali film, Era Bator Sur, in 1951. But it was his work as a music composer that really brought him into the limelight.

Hazarika composed the music for over 300 films in his career, including many Assamese films such as Shakuntala (1964), Chameli Memsaab (1975), and Parineeta (1982). He also wrote the lyrics for many of these songs, which were often based on traditional Assamese folk tunes. In addition to film music, Hazarika also composed music for television and theater. He wrote the scores for several plays by renowned playwright Jyoti Prasad Agarwala, including Dr. Bezbarua (1957) and Ekhon Nedekha Nadir Xipaare (1967).

Hazarika was a prolific singer as well, and he popularized many Assamese folk songs with his renditions. He also wrote and sang several patriotic songs during the Indian independence movement and the Bangladesh liberation war. Some of his most famous songs include “Dinabandhu Xun”, “Mora Ekti Phulke”.

Bhupen Hazarika was born on 8 September 1926 in Sadiya, Assam. He was the only child of Nilakantha and Shantipriya Hazarika. His father was a scholar of Bodo language and literature, and his mother was a poet and social worker.

Hazarika started his musical career at an early age. He learned to play the violin and flute, and composed his first song when he was just 10 years old. He went on to study at Cotton College in Guwahati, where he met Kalaguru Bishnu Prasad Rabha, a well-known Assamese musician and composer. Under Rabha’s tutelage, Hazarika developed his unique style of singing and composing.

After graduation, Hazarika traveled to different parts of India, including Delhi, Kolkata, Mumbai, and Chennai. He also went to England to study at Oxford University. While in England, he composed several songs for All India Radio (AIR).

In 1955, Hazarika returned to Assam and started working as a journalist for The Assam Tribune newspaper. He also wrote scripts for Assamese films and composed their music. Some of his most popular film compositions include “Chal Chal Re Batasha”, “Dil Hoom Hoom Kare”, and “Ganga Mor Maa”.

In the 1960s, Hazarika became more involved in social work.

Bhupen Hazarika was born on September 8, 1926, in Assam, India. Hazarika began singing and composing songs at an early age. After he finished school, he went to Cotton College in Assam and then to the University of Lahore to get a master’s degree in political science.

Hazarika started his career as a journalist with All India Radio in 1949. He soon became popular as a singer and songwriter, and composed songs for several movies. In 1955, he made his debut as a music director with the Assamese film “Aparajita”. Hazarika went on to compose music for many more films, in both Assamese and Bengali. He also directed two films, “Chameli Memsaab” (1975) and “Ek Pal” (1986).

Bhupen Hazarika was not only a talented musician but also a social activist. He was deeply committed to the cause of promoting peace and unity between India and Bangladesh. In 1992, he founded.