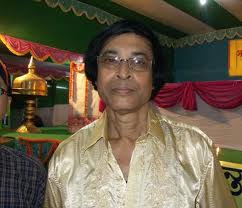 Dwipen Baruah is one of the most melodious singer of Assam and can be considered as the harbinger of pop and retro music in the Assamese music world. He started his career by giving his voice to the popular movie Dr. Bezbaruah in 1969.

Dwipen Baruah was born in Guwahati in 1945. Dwipen Baruah composed numerous unforgettable numbers of Assamese music. Baruah recorded in close to 50 assamese films as playback singer. Undoubtedly he is the most veteran singer alive in Assam currently.