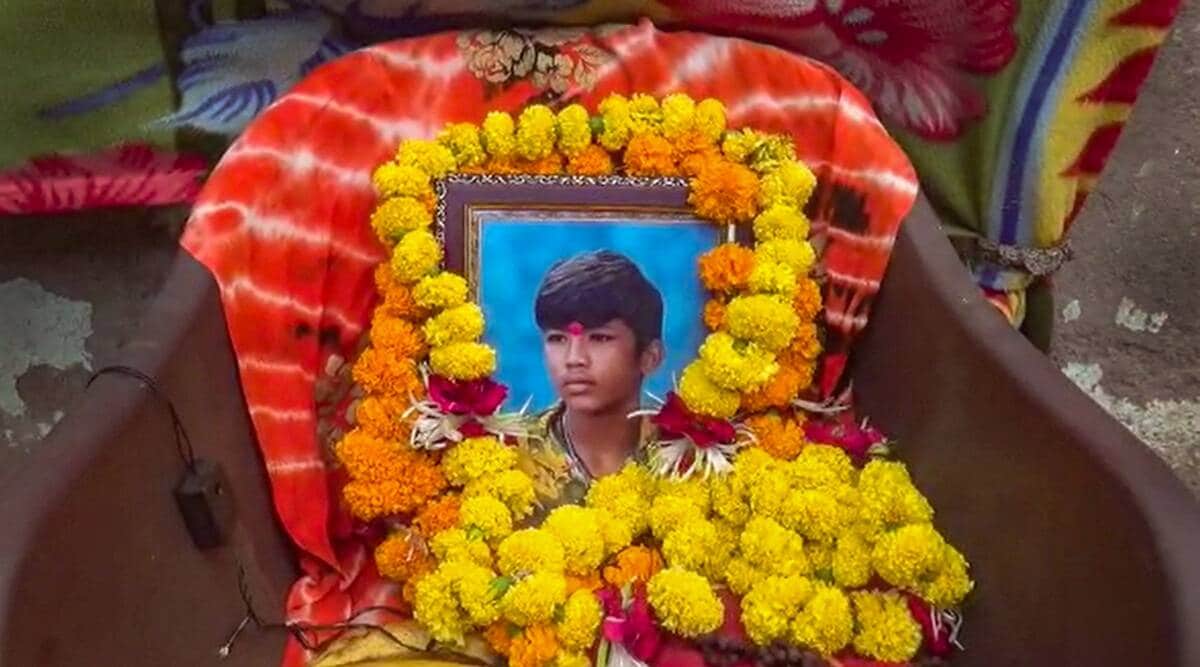 The premiere of the Oscar-nominated Indian film “Chhello Show” on October 14 will no longer be so joyous. The 10-year-old child actor who played a major role in the film has passed away after battling leukemia.

Rahul was one of six child actors cast in the film which is India’s official entry for the international film category at the 2023 Oscars.

According to a report from CNBC, Rahul‘s family held a prayer meeting in his hometown of Hapa, near Jamnagar in Gujrat, on October 10.

Let’s take a closer look at what childhood leukemia is and how common it is in India.

What happened to Rahul Koli?

Rahul Koli was diagnosed with leukemia this year. The Indian Express said that he was first taken to a hospital in Jamnagar for treatment. After staying in the hospital for two weeks after his diagnosis, he was finally transferred to the Ahmedabad cancer hospital four months ago.

The actor’s father, Ramu Koli, said, “On Sunday, October 2, he had breakfast and then, after repeated bouts of fever in the following hours, Rahul vomited blood three times, and thus my son was no more.”

The family said they would watch the film together on opening day, October 14, after performing their last rites.

Ramu Koli, an autorickshaw driver, added that his son was very excited about the premiere of his film. “Rahul was looking forward to seeing the movie on the big screen. He used to say that the release of the movie would launch his future, not knowing that he would die before October 14,” he said.

What is childhood leukemia?

Bone marrow is the tissue found inside the bones of the body. It’s where the blood is made. When leukemia cancer cells develop in the body, there is an overgrowth of immature cells called blasts. According to children at the national level, the growth of blasts results in crowding in the bone marrow. This makes it hard for normal red blood cells, white blood cells, and platelets to be made.

Cancer is most common in children under 15 years of age. According to blood cancer UK, more than 650 children are diagnosed with leukemia in the United Kingdom each year.

However, doctors don’t know exactly what causes most cases of childhood leukemia. It is not believed to be hereditary or contagious in nature. There are some theories that suggest that the environment may play a role in the development of this type of cancer.

According to a report from WebMD, doctors believe that the risk of childhood leukemia is increased in a child who has an inherited disorder such as Li-Fraumeni syndrome, Down syndrome, or Klinefelter syndrome. The chances of getting leukemia are also increased if a child has a history of exposure to high levels of radiation, chemotherapy, or chemicals such as benzene.

What are your symptoms?

The deficiency of blood cells caused by leukemia may show up in blood tests. Most of the time, the leukemia cells enter and invade other areas of the body, which in turn causes symptoms.

A shortage of red blood cells in a child’s body can cause symptoms such as fatigue, feeling weak, feeling cold, dizziness or lightheaded, shortness of breath, and paler skin.

White blood cells help the body fight germs, and when there is a shortage of white blood cells as a result of leukemia, it can lead to infections that take a long time to heal or do not go away at all. In addition to this, recurring fevers are also a symptom of leukemia.

Platelet deficiency, on the other hand, can make it easy to get bruises and bleeds, as well as cause nosebleeds and bleeding gums.

Apart from this, the symptoms of leukemia also include pain in the bones or joints, swelling of the abdomen and lymph nodes, as well as loss of appetite.

Is there a treatment for leukemia?

According to Mayo Clinic, the treatment of leukemia depends on many factors. A doctor usually determines treatment based on the patient’s health, age, and how quickly it has spread to other parts of the body.

Other treatments include bone marrow transplantation, which helps establish healthy stem cells by replacing unhealthy ones, and immunotherapy, which uses the patient’s immune system to fight cancer.

How common is childhood leukemia in India?

Dr. Gaurav Kharya, a pediatric oncologist at Indraprastha Apollo Hospitals in New Delhi, said Indian express that around 60,000 to 70,000 children in India between the ages of one and 18 are being diagnosed with acute myeloid leukemia (AML).

He said: “There was a time when identification and diagnosis were lagging in India, but now the rise in numbers reflects the fact that increased awareness among primary care doctors and pediatricians is accelerating targeted treatment. In addition, there is a better mechanism to collect data from all pediatric oncology groups that help in research and in the search for effective treatment protocols.”

According to a report from Indian Times, childhood leukemia contributes to about five percent of the total burden of cancer in India. However, the number is feared to be much higher as most cases go unreported.