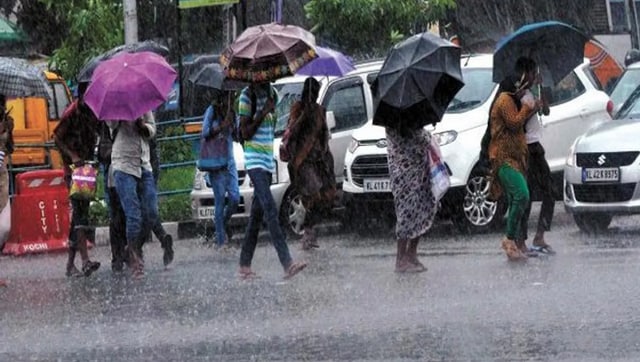 It’s possible that the region of low pressure that is building over the southeast and east-central Bay of Bengal could intensify into a deep depression today, which might intensify into a cyclonic storm on Diwali day, which falls on October 24, and allow you to remain until October 25.

It is possible that the area of low pressure that is forming over the southeast and east-central Bay of Bengal will intensify into a deep depression today, which could intensify into a cyclonic storm on Diwali day, which falls on October 24, and last throughout the western part of the country until October 25. Bangladesh and Bengal shore. As a result, there is a possibility of rain and severe winds starting on Sunday in a number of states, including Nagaland, Manipur, Mizoram, Tripura, West Bengal, Odisha, and Jharkhand.

The government of Odisha has taken many preventative steps to cope with the issue and has cancelled the vacation of state workers from October 23 to 25 due to the probability of a cyclonic storm. The management of the coastal district has been instructed by the state for regions to keep watchful.

A lot of Maharashtra, Karnataka, Tamil Nadu, Puducherry, Kerala, the Andaman-Nicobar Islands, Lakshadweep, Jammu & Kashmir, Himachal Pradesh, and Uttarakhand are expected to get rain today, according to the India Meteorological Department (IMD). Additionally, the India Meteorological Department (IMD) has said that rain is possible till October 25 in some areas of Kerala, Tamil Nadu, Karnataka, and Andhra Pradesh.

The western Himalayan regions may have more rain and snowfall today, according to the private weather forecasting organisation Skymet Weather. The weather is anticipated to become better after this, however.