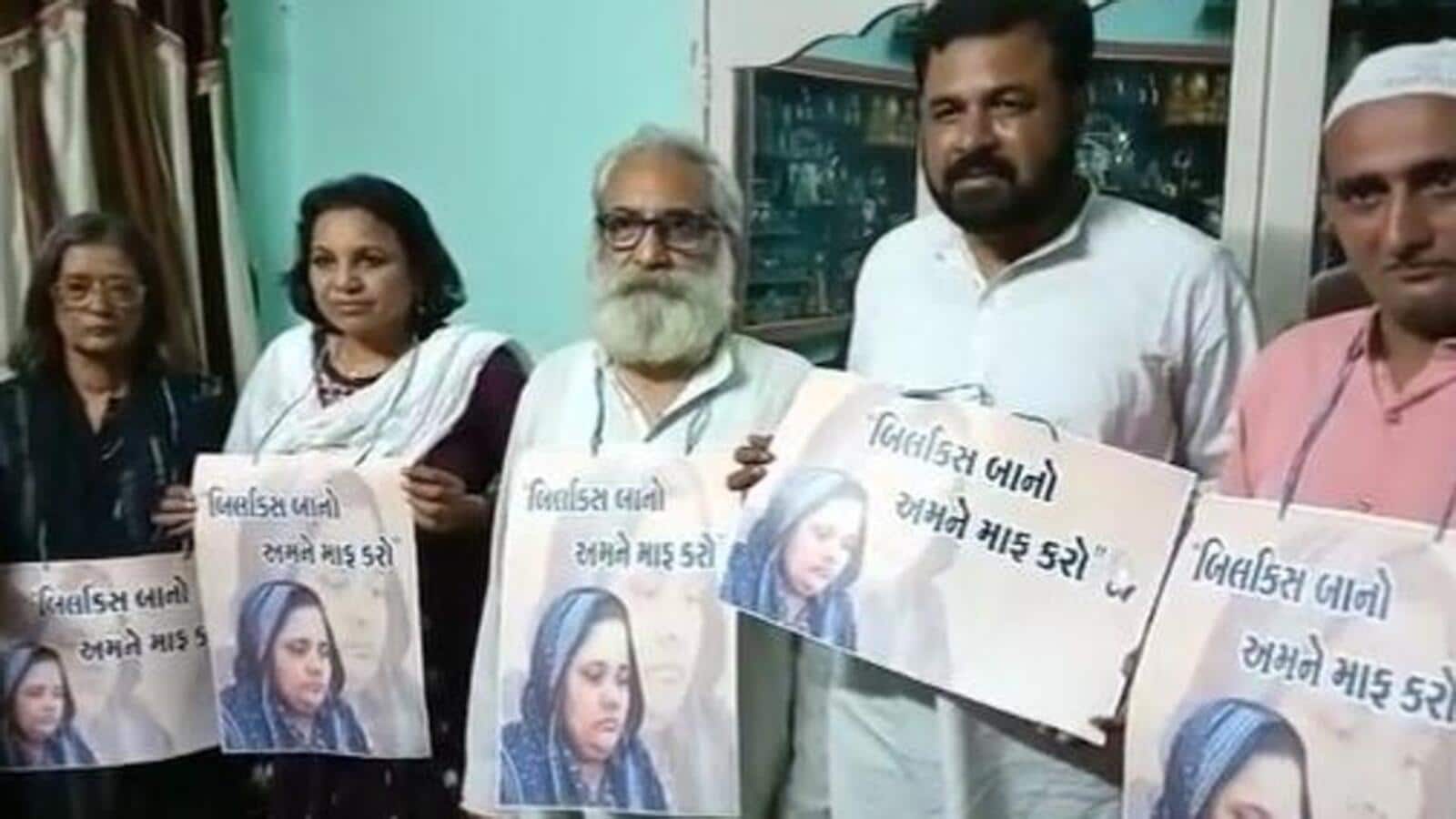 Sandeep Pandey, the general secretary of the Socialist Party (India), who was detained in advance of a nine-day march to express solidarity with Bilkis Bano in Gujarat, announced on Monday that he will hold a protest at the Kankanpur police station near Godhra until they receive permission for the foot march.

“The march had nothing to do with the administration. It was to apologise to Bilkis Bano for whatever happened to her, and we hope that such horrific crimes do not occur in Mahatma Gandhi’s homeland. Pandey stated, “We want to move the argument over redefining values to a place where rapists are referred to be “sanskari Brahmins”

Eleven men convicted of gang rape in the Bilkis Bano case were freed from prison on August 15 after their sentences were commuted. Their publication revived the horrors of the March 3, 2002 tragedy that happened during the Gujarat riots. Bano was five months pregnant and 21 years old when she was gang-raped while escaping the turmoil. She lost seven members of her family, including her three-year-old daughter.

Under the Hindu-Muslim Ekta Samiti banner, the laureate of the Ramon Magsaysay Award and other activists were expected to join in a nine-day march from Bilkis Bano’s hamlet of Randhikpur in Dahod district. The protest march was scheduled to conclude at Ajith Mill in Ahmedabad on October 4.

According to Pandey, a huge contingent of police officers arrived at the residence of municipal councilman Hanif Kalandar, where they were eating supper, late on Sunday evening. “There were several police trucks and hundreds of officers, and it appeared to be a raid against a notorious criminal or the mafia. “Seven of us were held on Sunday night, but the police released three of us, including Kalandar, maybe to avoid an incident as a big crowd had gathered in his favour,” Pandey said.

Noorjehan Diwan, a former member of the Congress party’s women minority cell, and Tanushree Gangopadhyay, a senior journalist, were among those freed by the police.

Municipal councilman Kalandar stated that he and his supporters will join Pandey at the police station to protest.