Biju Phukan (Assamese: বিজু ফুকন) is a senior Assamese cine-actor. He acted in more than thirty Assamese movies during the 1980s and has contributed a lot towards Assamese cinema.

Apart from Assamese films, he has acted in Bengali films like Hotel Showfox, Aparajita, Doishyu Ratnakar, and Gajamukta. 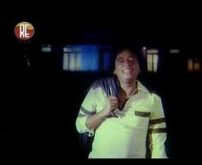