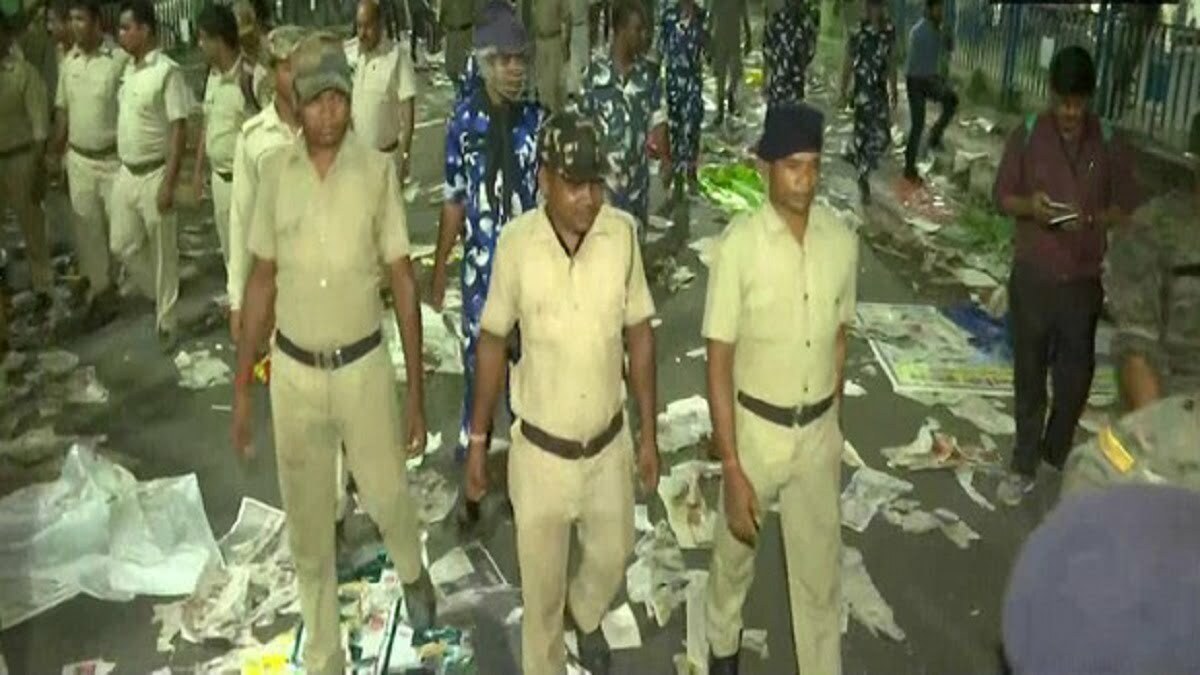 In the midst of demonstrations in front of the Salt Lake Kolkata headquarters of the board of education, West Bengal Police detain 2014 TET (Teacher Eligibility Test) certified students. On Thursday and Friday, the pupils were held into the middle of the night.

The data indicated that the students had been demonstrating for direct recruitment for a number of days.

In the past, they have charged that the state administration was corrupt and that meritorious candidates were given preference.

Eight years ago, the protesting applicants were eligible to take the Teachers Eligibility Test, but they were unsuccessful in both of the interview rounds they submitted for.

In the meanwhile, the state administration has come under fire from BJP Secretary of State Priyanka Tibrewal over the matter.

When asked about the allegations made by the kids, Tibrewal said, “This regime is distant from humanity, everyone is staring at its devil face.”

“Protesting is within their democratic rights. They were duped into taking employment by CM Mamata Banerjee and her party. Agnimitra Paul, a West Bengal BJP MLA, advised Mamta Banerjee to step down right now if she still has any remaining shame.

Manik Bhattacharya, an MLA for the Trinamool Congress, was earlier detained by the Enforcement Directorate (ED) in connection with the West Bengal teacher recruitment scam on October 11.

The sources claim that Bhattacharya, the former chairperson of the West Bengal Board of Primary Education, was detained today after being questioned by authorities from the Education Department throughout the course of the previous night over the teacher recruitment fraud.

Bhattacharya is a member of the Palashipara assembly district.

The West Bengal teacher recruitment fraud case is being investigated by ED, who previously summoned Bhattacharya.