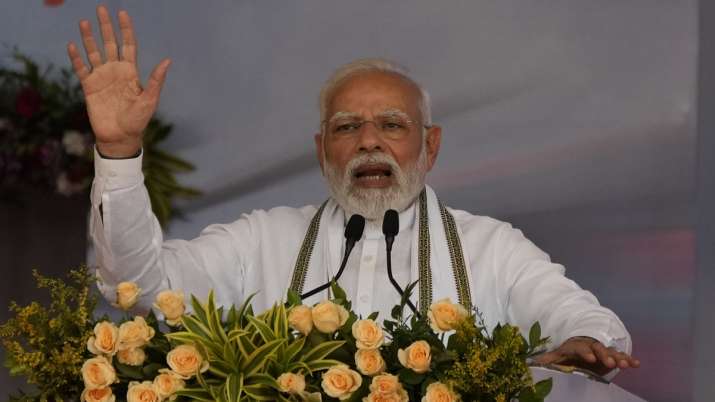 Prime Minister Narendra Modi on Friday avoided using a microphone to address a large gathering of people on Rajasthan’s Abu Road. He took this step because he did not want to violate the loudspeaker ban that was put in place to prevent riots after 10 p.m.

Earlier in the day, Modi had ordered his convoy to stop and make way for an ambulance on its way to Gandhinagar from Ahmedabad. The incident took place as Modi was on his way to the Raj Bhavan in Gandhinagar after finishing his public rally near the Doordarshan Center in Ahmedabad in the afternoon.

On the second day of his visit to Gujarat, Modi opened the Gandhinagar-Mumbai Vande Bharat Express train and also launched the first phase of the Ahmedabad Metro rail project.

Before visiting the temple, the prime minister laid a foundation stone and dedicated several projects worth more than 7.2 billion rupees at Ambaji.

After leaving swathes of destruction in Florida, the storm hits South Carolina