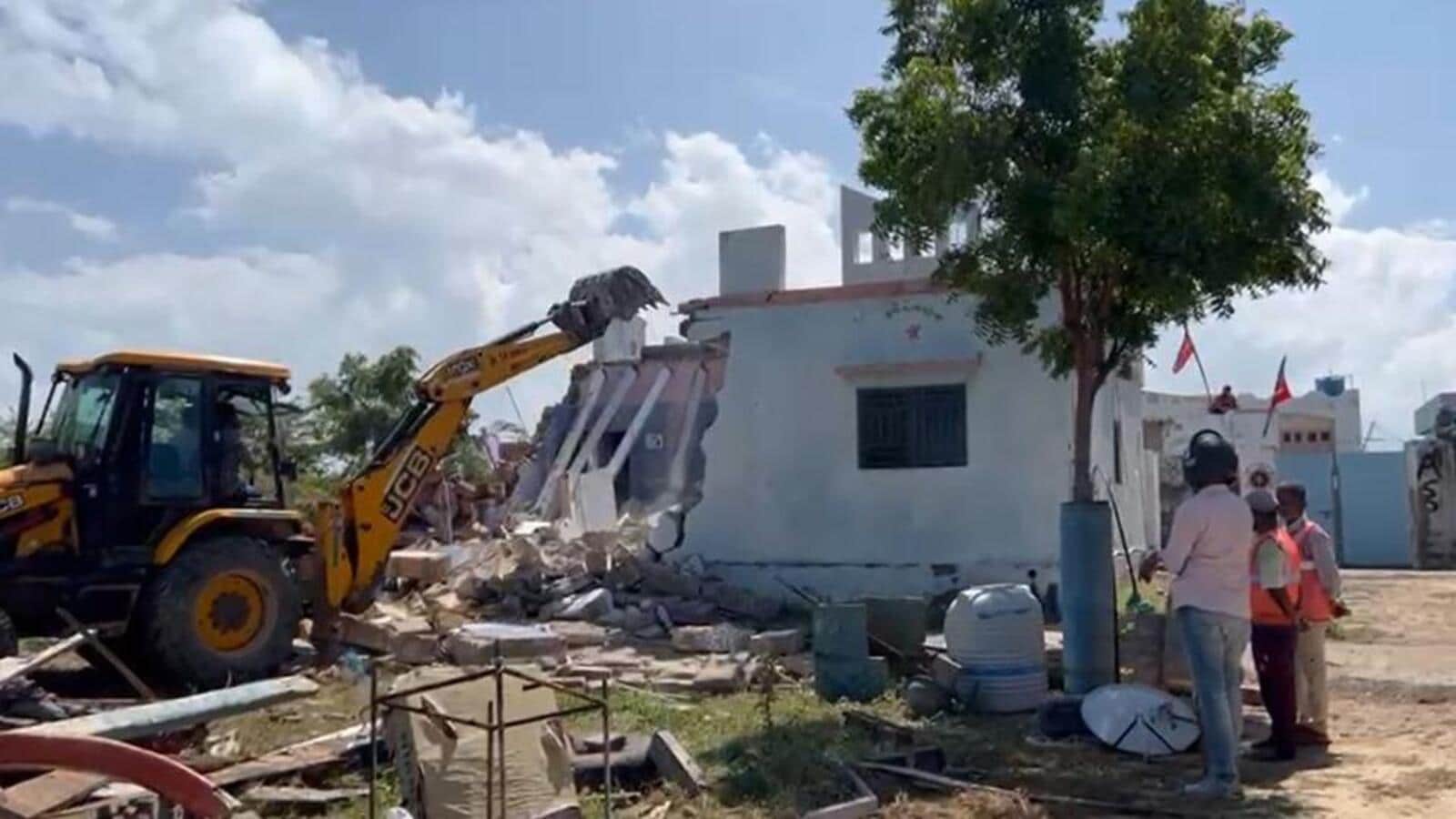 Ahmedabad: Nearly 35 illegal structures on Beyt Dwarka Island in Gujarat’s Dev Bhoomi Dwarka district have been demolished in the past three days, a district official said on Monday. Among the structures that have been demolished are those built by Ramzan Gani Palani, a key defendant in the seizure of more than 230kg of heroin from a ship near the port of Jakhau on May 21-22, 2019.

In addition to residential units, shops and slums, authorities have torn down religious shrines belonging to the minority community because they were illegal, a government official close to the development said.

The joint operation is being carried out by the District Tax Authority, State Reserve Police (SRP), State Maritime Board, Rajkot Police and Devbhoomi Dwarka Police. About 1,000 personnel including SRP Jawans and policemen joined the operation.

“The district administration in its survey has identified illegal structures in Beyt Dwarka. Since it is an island and we need ferries (from Okha) to get here, proper planning was needed to bring in machinery and other equipment. In addition, the island is important from the point of view of coastal security, it is close to the international maritime border,” said Nitesh Pandey, Police Superintendent, Devbhoomi Dwarka.

Boat services from Okha to Beyt Dwarka were temporarily suspended during the demolitions.

“Some belonged to Ramzan Palani and his family. Palani is a defendant in the 2019 drug trafficking case near Jhakhau. The Okhamandal area, which includes Beyt Dwarka and Devbhoomi Dwarka, has a history of smuggling activity so the operation had to be handled with care,” Pandey said.

He added that the campaign is likely to continue on Tuesday.

About 40 km from the temple town of Devbhoomi Dwarka, Beyt Dwarka Island is a pilgrimage site believed to be the abode of Lord Krishna during his years in Dwarka as king. The island has a temple of Lord Dwarkadhish (Lord Krishna) where lakhs of devotees visit every year.

Beyt Dwarka has a population of around 15,000 and most of them (around 80%) are from the Muslim community.

Police said that 10 structures that were leveled during the journey were dargahs and Mazars. “At first there was some opposition, but the government handled it peacefully,” an official said.

“Beyt Dwarka is strategically located. It is 58 nautical miles from Karachi. Thousands of religious invasions had arisen over the years. Yesterday, in a single day, the Gujarat government under @Bhupendrapbjp has cleared a 55,000 sf land. The campaign also continues today,” said BL Santosh, National Secretary General (Org) of BJP in a tweet on Sunday.

Elections in Gujarat are scheduled for December this year.

These top-rated, best-selling Amazon jumpsuits are $25 and under