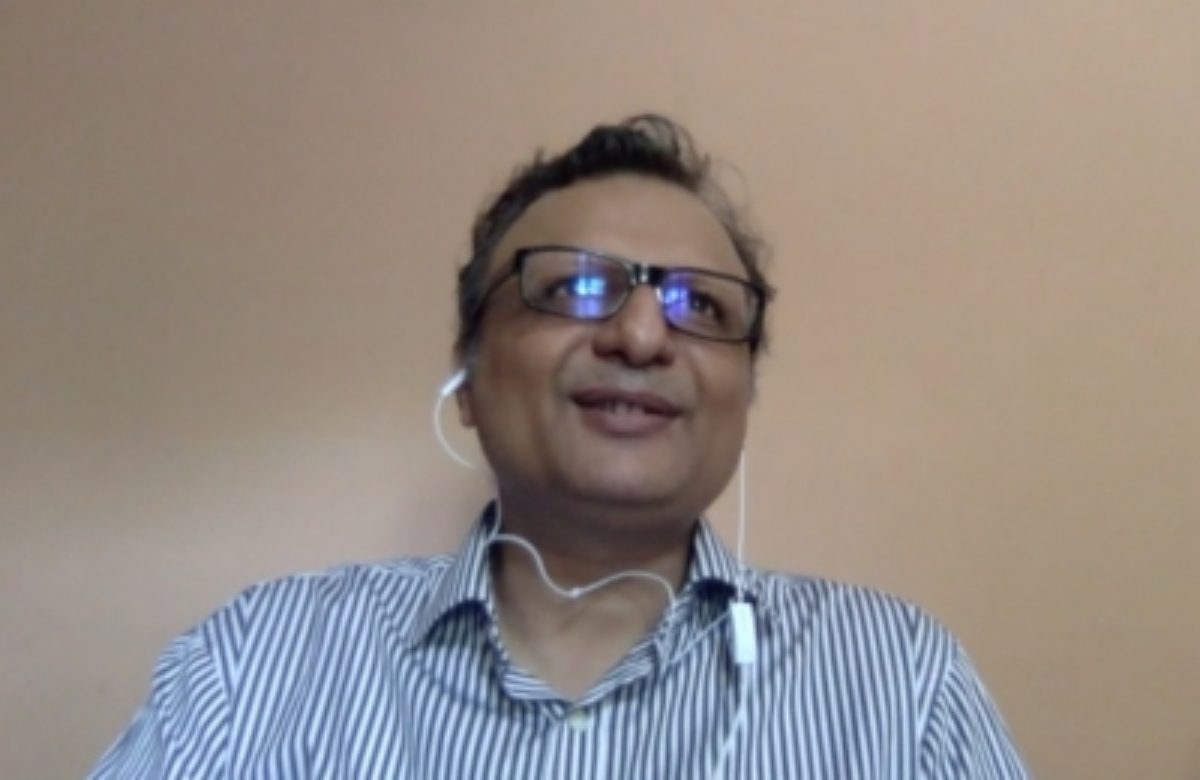 New York, May 23 (IANS) Prasar Bharati CEO Shashi Shekhar Vempati, credited with presiding over the most-watched TV show in history “the ‘Ramayan’ re-run on Doordarshan which has racked up more than 250 million unique views” recalls his WhatsApp groups ringing with laughter when news of nostalgia programming hit the headlines soon after Prime Minister Narendra Modi ordered the first lockdown in late March.

“They’re all, like, laughing. Who’s going to watch it?! I had to tell them that, you know, India is very different. It’s not just the English speaking elite, it’s much bigger, much more diverse. So there was that worry,” Vempati told IANS during a video interview on the backstory of Prasar Bharati’s programming during the COVID-19 lockdown.

“It was crazy,” Vempati said, detailing the nuts and bolts of sourcing the “Ramayan” from the Ramanand Sagar family in Mumbai.

“The tapes were in the deep archive of the (Ramanand) Sagar family, and in Mumbai it was like operating in curfew. Someone had to physically retrieve these things. The formats had changed. People had to work through the night to figure out how to get it into a compatible format, and then push it from Bombay. Because the file sizes are so large, you can’t do it over the internet, it would have taken forever. So we had a satellite-based mechanism by which the content was beamed from Bombay and downloaded into servers here, so that the next day’s episodes could be aired.”

Vempati is now thinking about “reinventing the brand” for India’s youth while staying away from what he describes as the pitfalls of audience segmentation and OTT content that is inconsistent with “family values and culture”.

“Somewhere, the calculus of audience segmentation has lost its way,” Vempati said, speaking to how families watch entirely different content across multiple devices during times when they could instead be sharing a common viewing experience.

“The combination of lockdown and ‘Ramayan’,” he said, “showed us that families can still come together around television if the content is wholesome and appeals to every segment.

“Nostalgia was always a trend for Doordarshan. While we leverage nostalgia, we can’t rely on that alone”.

For Vempati’s team, the upside to Doordarshan’s lockdown programming is brand awareness among “an entire generation born into the world of cable and satellite and internet”.

Speaking with candour about the inner workings of public broadcasting, Vempati said Doordarshan happily finds itself sitting on a pile of fresh content because “bureaucratic process takes that long to bring content on it”.

“So while the rest of the industry is struggling, we have a large library that has not been seen by audiences across India which we’ll roll out in the next few weeks.”

Vempati points “history buffs” to Doordarshan’s YouTube channel. “We have the oldest TV interviews of Nehru. In fact, his last TV interview which he gave to an American broadcaster, just weeks before he passed away we have retrieved those, put them on YouTube.”

Vempati said Prime Minister Narendra Modi’s reference to the metaphorical “Lakshman Rekha” when he ordered the first India lockdown became the tipping point for Prasar Bharati to go all in on mythological content.

“So one of the questions that bothered me when I joined to serve as a board member and later on as CEO was that all of these iconic serials have immense nostalgia and brand connect but we don’t have access to any of this content,” Vempati said.

Prasar Bharati took the decision to re-acquire this content late October 2019 but it took a lockdown announcement to fast-track the closure.

Ramayan’s four episodes a day format was based on the assumption of a 15 day lockdown. “Ramayan” closed out its re-run in mid-April.

Vempati is pushing hard for organisational collaboration with academia and startups to create what he calls an “enabling” environment to transform India’s public broadcaster for the digital age.

Prasar Bharati is working with Indian Institute of Technology, Kanpur, around research collaboration on direct-to-mobile broadcasting.

“We have asked IIT-Kanpur to create that enabling environment, create the test-bed to bring in startups. And then let’s see what we can do in this whole ecosystem. So that effort is on.”