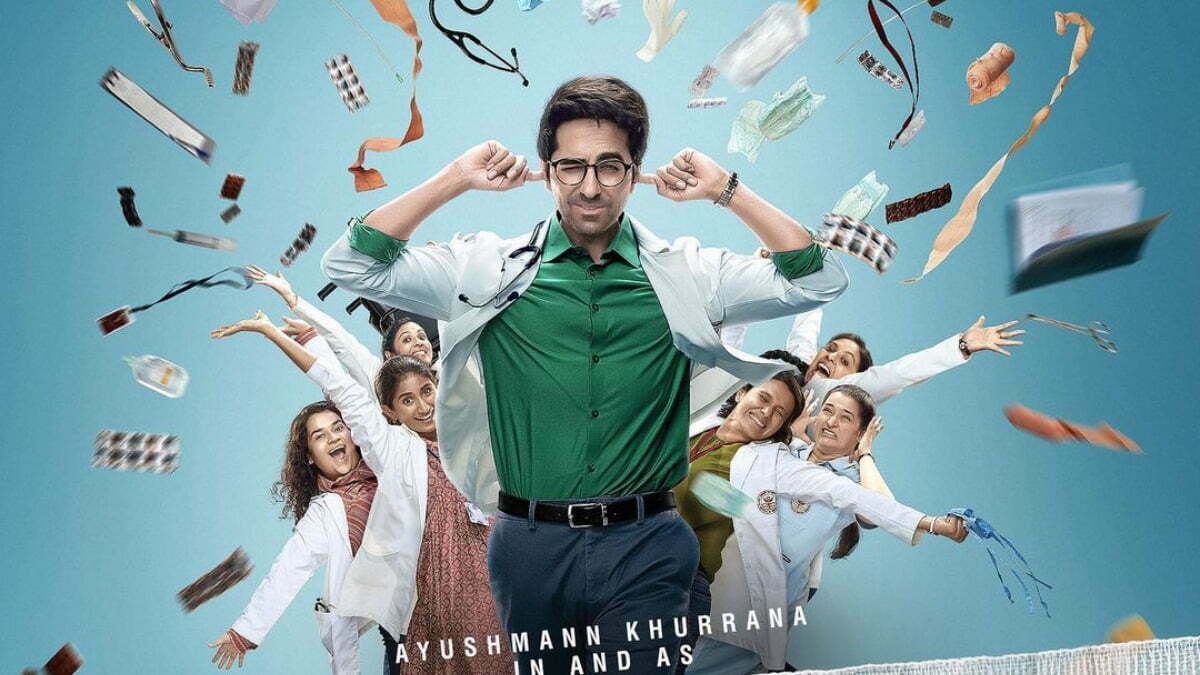 The comedy flick Doctor G, starring Ayushmann Khurrana, had a respectable debut weekend at the box office. However, once the next week gets underway, the movie is truly having trouble financially. The Bollywood film has drawn crowds at national cinema chains based on favorable word of mouth, but that won’t be enough to make a big deal out of it. The Hindi-dubbed version of Kantara is opposing Doctor G, and he is likely to have a difficult time in the future.

According to the current trend, Doctor G’s first-week earnings should be in the region of Rs 19–20 crore. At the box office, Kantara has shown itself to be a strong competitor for the Bollywood premiere, and even its ticket prices have been lowered. More and more people will want to watch the regional release, whose plot and direction have garnered notice throughout the nation, as Kantara’s company expands. The decrease in Kantara’s ticket costs, according to business expert Taran Adarsh, has improved his company’s sales. In the next few days, Doctor G is anticipated to face significant difficulty. The movie made Rs 1.50 crore on Monday, and it did almost as well on Tuesday.

Black Adam, starring Dwayne The Rock Johnson, premieres in cinemas on October 20. There will be multiplex crowds going to watch superhero movies, which means Doctor G will only see a little amount of foot traffic. Two legendary Bollywood films, Ram Setu and Thank God, will be released on October 25, the day after Diwali, and Doctor G is anticipated to vanish within the following few days. After he completes his theatrical career, Doctor G will be accessible for watching on Netflix.

About the film G Doctor

Anubhuti Kashyap’s debut film as a filmmaker is Doctor G. Ayushmann Khurrana, Shefali Shah, and Rakul Preet Singh are the main actors. Ayushmann Khurrana plays Dr. Uday Gupta, a hesitant member of the gynecology department of a Bhopal medical college. He takes it up and is soon involved in a number of amusing events and occurrences.

Snake on a plane: Passengers scream when a rogue reptile is seen on a US flight

5 tips on seasonal depression to improve your mornings