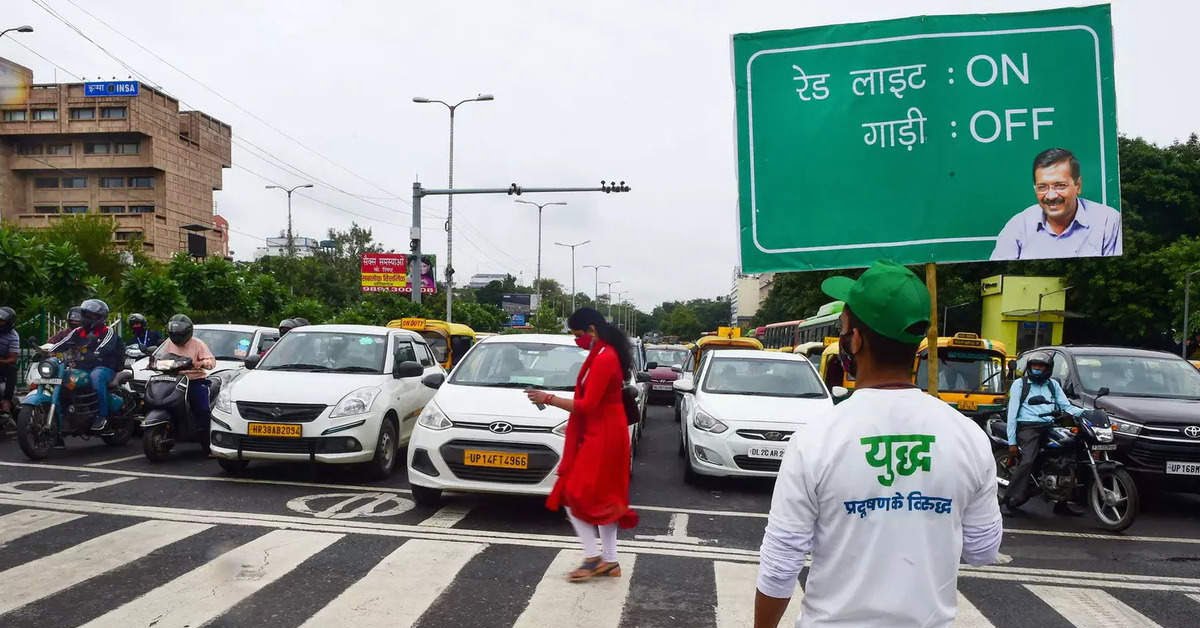 Delhi, the country’s capital, is always at the top of the list of the most polluted cities, and this year is no different. After the Diwali festivities, Delhi’s Air Quality Index (AQI) quickly dropped to “extremely bad,” and it doesn’t seem that things will get better without stringent action. The Delhi administration has declared that it would start a campaign to help the situation in an attempt to address the growing pollution levels in the city. The government has announced that the “red light on vehicle off” programme that was introduced in October 2020 would be reinstated on October 28, 2022.

This programme would aid in reducing the rising traffic pollution, according to Gopal Rai, the Delhi government’s Minister of Environment, Forest and Wildlife, Development, and General Administration. At a press conference, the minister, Gopal Rai, said, “The Delhi government is on alert.” (CAQM) suggestions have been carefully implemented. Last Friday, Chief Minister Arvind Kejriwal looked at how a 15-point plan to clean up the air in the winter was going.

The “Red Light On Car Off” campaign encourages drivers to switch off their ignition at traffic lights as they wait for the signal to turn green, as the name indicates. 2,500 civil defence volunteers will be stationed at 100 significant traffic crossings as part of the initiative. With 20 volunteers at each of ten significant traffic crossings, the focus will be there. At each traffic signal, ten volunteers will be stationed in two shifts. Two 12-hour shifts—the first from 8 am to 2 pm and the second from 2 pm to 8 pm—will make up the whole 12-hour schedule.

According to media reports, volunteers would raise awareness by holding banners and placards. Many people did not participate in the campaign last year, said Rai. In addition, he said that all public representatives and government officials, as well as Paryavaran Mitras, resident welfare organisations, market authorities, environment clubs, and NGOs, will actively engage in the campaign.

The Petroleum Conservation Research Association estimates that those who stop their cars at traffic signals may cut emissions by 13 to 20%. In addition, cars are responsible for 80% of the nitrogen oxides and carbon monoxide in Delhi’s air. According to official estimates, the transportation industry is responsible for 28% of Delhi’s PM2.5 emissions. The day after Diwali, on October 24, Delhi’s AQI rating was deemed “extremely bad.”

The “Red Light on Vehicle Off” project was introduced for the first time on October 16, 2020. According to the environment minister, this year’s move was repeated because specialists had anticipated that the pollution level would rise if the wind direction changed after Diwali. Vehicle emissions, dust, and biomass burning are some of the key factors contributing to Delhi’s pollution, according to Rai.