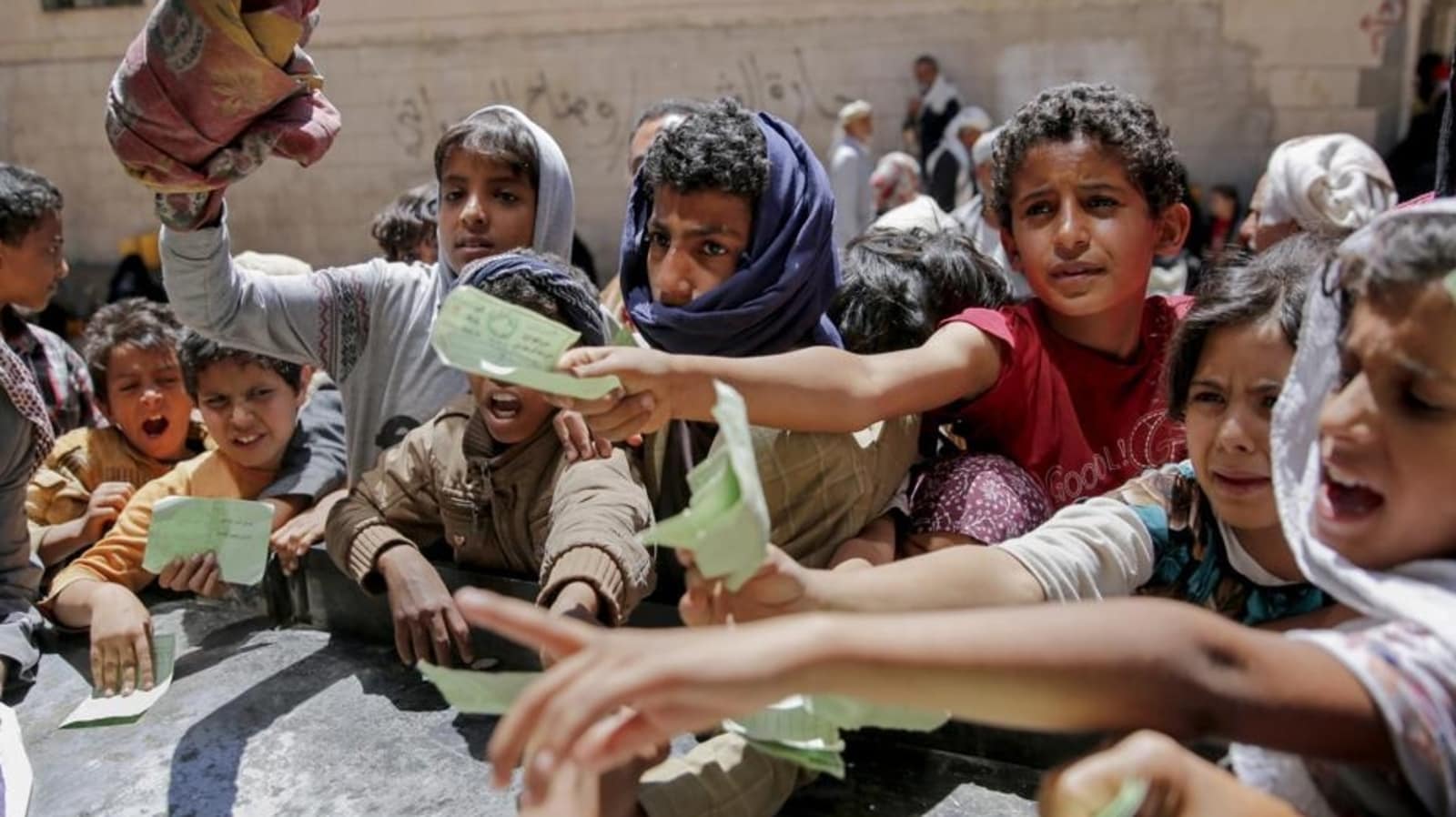 Unfortunately, the incidence of malnutrition in India is higher than in many impoverished sub-Saharan African nations. According to the most recent National Health Survey, 19.3% of children under the age of five are underweight, defined as a low weight in relation to their height. Nationally, 35.5% of children are stunted, or are short for their age. India cannot be a powerhouse as long as so many youngsters suffer from malnutrition. The dietary situation has not much improved between the two most recent national surveys. Why is it so?

There are several partially accurate theories for India’s continuing malnutrition: poor income, illiteracy, traditional culture and associated eating patterns, etc. The government has three primary nutrition initiatives. First, the extensive public distribution system (PDS) of subsidised grains, which ensures that even the impoverished can afford to purchase food grains. The Integrated Child Development Services (ICDS) delivers take-home rations (6 months to 3 years) as well as morning snacks and hot prepared meals (3 to 6 years) to Anganwadi centre children (3 to 6 years). The government’s Women and Child Development (WCD) department manages this initiative. The health department also operates NRCs or CMTCs for the on-site care of critically malnourished children. Finally, we have the lunch programme to supply youngsters with school meals. In addition, both the health department and the WCD provide nutrition health education so that people’s behaviours improve and child nutrition is enhanced. In 2018, the government started POSHAN Abhiyan, a statewide campaign to promote nutrition with the goal of achieving a malnutrition-free India by 2022. Despite these attempts, malnutrition persists among Indian youngsters. Why?

Here, we discuss this subject from a public health management approach. We feel that nutrition does not receive sufficient political backing, unlike business, defence, space science, and infrastructure. The allocated money for nutrition initiatives is insufficient. The ICDS distributes around eight rupees per every kid. This low allocation reflects a lack of political importance. Second, the nutrition programmes are separated into WCD, health, and education departments. Consequently, interdepartmental collaboration becomes a significant issue. The lack of nutrition professionals in the management of these initiatives is another crucial concern. The WCD department employs a negligible number of nutrition technical specialists. At the national level, the principal technical institution is the National Institute of Public Cooperation and Child Development (NIPCCID), not the Indian Council of Medical Research’s National Institute of Nutrition (NIN) (ICMR).

In addition to being overlooked by health agencies, nutrition is primarily addressed in medical schools and hospitals. In the public health directorate, there are no nutrition technologists; instead, the majority of employees are physicians, many of whom lack nutrition expertise. Even medical schools lack nutrition departments and have no connections to colleges with nutrition departments. Consequently, there is a paucity of nutrition knowledge for large-scale nutrition projects in the United States. The education department that manages the school lunch programme has minimal nutrition knowledge. In addition, the primary purpose of this programme is to encourage disadvantaged children to attend school, not to improve their nutrition. The budget for lunch is also drastically reduced. The Akshaya Patra Foundation, a nonprofit organisation that provides the government with midday meals, must solicit donations to fund the programme.

In India, monitoring of nutritional status is equally inadequate. ICDS’s own service records reveal extremely low levels of malnutrition, yet national surveys conducted independently consistently reveal far higher levels of the same indicators. National surveys are only undertaken once every five to ten years; hence, data-driven policy and action cannot be informed by frequent information on the nutritional condition of children. A small number of states have performed their own nutrition surveys, which are also uncommon. The National Nutrition Surveillance Office (NNMB), under which ten state-level units were formed to facilitate the ongoing gathering of data on the population’s food and nutritional status, has been disbanded. Some institutions and financed research initiatives do small-scale independent investigations, but because they are not typical of district, state, or national statistics, they are of limited utility to policymakers. policies.

The following remedies are proposed to rectify this problem. Create central nutrition-related services at the national level, such as IAS, IPS, etc. Starting at the block or taluk level, these officers will staff all nutrition-related programmes such as ICDS, midday meal, and care of severely malnourished children, etc. All of these initiatives will fall under the purview of a Ministry of Nutrition led by a Minister at the Cabinet level and a Principal Secretary. Each state and central level must have sufficiently staffed nutrition departments with administrative and technical employees in the nutrition directorate. NIN should play a bigger technical role in ICDS, midday meal, and other nutrition programmes.

If we as a country do not take nutrition seriously and offer enough budgetary, administrative, and technical assistance, Indian children will continue to suffer from malnutrition, which will have a devastating effect on tomorrow’s knowledge-based economy. Malnutrition hinders a person’s mental development and physical growth. With hungry youngsters, we will have difficulties in the future.