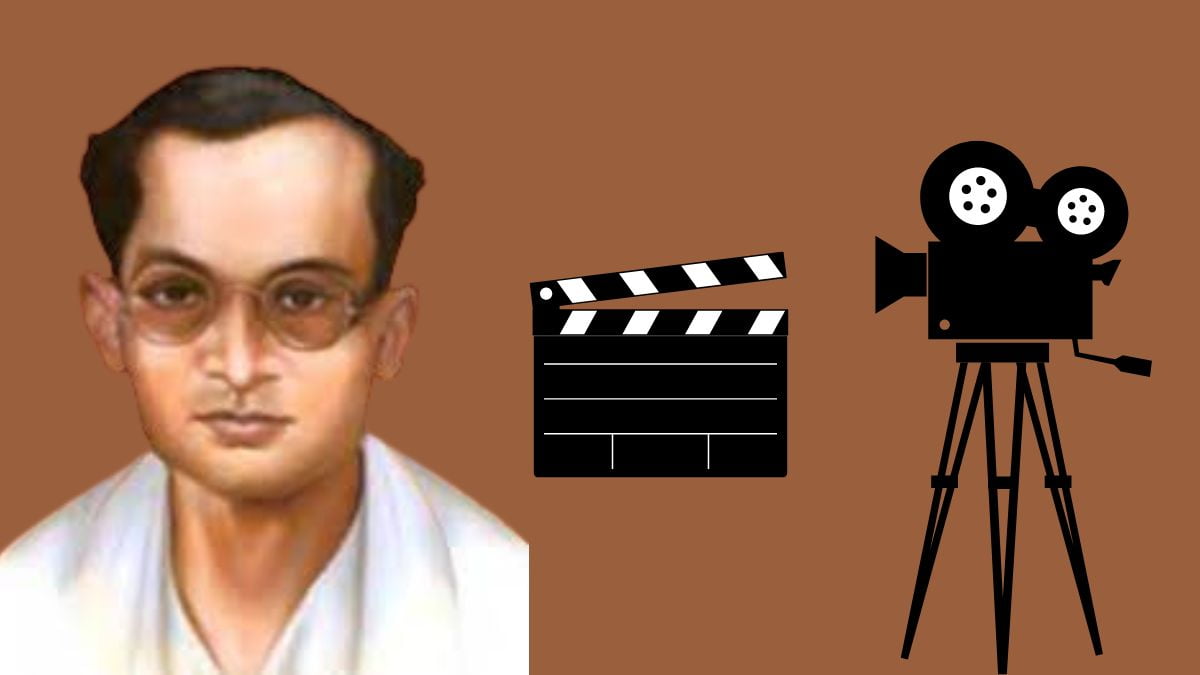 Rupkonwar Jyotiprasad (1903–1951) was part of the fourth generation of the wealthy and well-known Agarwala family of Tezpur. This family lived through the different stages of British colonialism and learned from western culture.

Poet and philosopher, Jyotiprasad was a busy, always-moving spirit. As a leader of change and a supporter of Assamese nationalism, his unyielding spirit was always trying to shape new things that still smelled like the past.

At that time, Jyotiprasad noticed that the music of his home country was starting to get stale. He thought that if he could learn about western music and how it was put together, he could build a foundation for giving the music, which was stuck in its ways, new life.

Rabindranath Tagore also thought that the problem with Indian music was that it didn’t have enough western influences. People started to wonder why, if in the past, Hindustani music could still have its own value after incorporating parts of Persian, Arabian, and other music through a process called synthesis, why the same process couldn’t be started with the addition of western elements to help music in India grow?

Again, if western elements could be used so much in art and literature, why couldn’t they be used the same way in music?

Jyotiprasad thought that combining Assamese folk music, Indian classical music, and western music could give Assamese music a new dimension and make it better. When he started working in film, he realised that the many layers of a film are similar to the many sounds in western music.

Harmony is a way of putting notes together in a way that makes them sound like they are stacked on top of each other. In this way, music that is only melodic has its limits and doesn’t meet all of the requirements on its own.

Dilip Sharma, an artist, said, “The songs of Jyotiprasad have some of the same characteristics as Rabindra Sangeet, and they have a tremendous power to stir up the Assamese spirit.” The majority of Jyoti Sangeet is made up of the 51 songs from his plays Sonit Kunwari, Karengar Ligiri, Rupalim, Lobhita, and Nimati Kanya.

Assamese music was already popular at the time, but Jyotiprasad gave it a boost with his evolving creative style and a strong desire to learn through the smell of his home soil. His words and music were soft, sweet, and very close. The tunes, which are mostly a mix of Assamese folk music (like Ainaam, Biyanaam, Borgeet, Bihu Geet, Kirtan tunes, etc. ),

Indian classical music, and western music, gave the lyrics about nature, patriotism, and the idea of beauty a new dimension. Many of his songs were written to get people excited about the country’s freedom movement and get them to join it.

Sonit Kunwari’s song “Goshe goshe pati dile…” is thought to have set a trend in modern Assamese music. The repeated line in the sthayi-Pulare sarai (pa-dha-ni-re-sa) and the antara both have a western feel to them. In the same way, a number of Jyoti Sangeet songs make it clear that they were influenced by western music. Seuji seuji seuji o… from Nimati Koina has a unique structure, with the sthayi and second antara in the trimetric form and the first Antara in the tetrametric form.

The song starts with a rhythm called dadra, and the tune has hints of both the Desh Raga and Assamese folk music. But all of a sudden, for the first antara, the song’s tune changes to the kaharva rhythm. This is a big change from the way Indian music is usually played. Also, the tune has a strong Italian feel to it.

The songs Biswa bijoyee nava jowan… and Saju ho saju ho nava jowan… from Lobhita break all kinds of Indian rhythm styles with their martial qualities. The vertical rhythm is a new part of Assamese music that has been added to the songs. Bowa bowa dakhin malaya… by Sonit Kunwari has a waltz beat and a structure like a choir.

The composition and presentation of this song are also very different from the Indian style. Jananir santan… has hints of Raga Bhopali, and its waltz-like rhythm and choir-like structure make it sound like the song Bowa bowa dakhin malaya… Sapun paror moi… from Sonit Kunwari has an uncommon tetrametric structure.

Even though Jyotiprasad’s songs have a clear western influence and use western structural forms and strains, the vast majority of his songs still have a pure Indian essence. The unique taste of Assamese food is the result of his amazing creative genius.

This shows how much Jyotiprasad likes and is connected to Assamese folk music. Harmony was used in the background music for the first time in his film Joymoti.

With Sonit Kunwari’s songs, Assam’s music entered a new era. It is important to note that from this point on, even the educated and wealthy elite of Assamese society began to rediscover the beauty of Assamese folk culture, which had been ignored for a long time.

Jyotiprasad’s musical styles changed over time, and his final works, such as Jano jano jano biphale najai…, Mor raag korobire pata lobi puja…, Tore more alokore jatra…, etc., show how the western influence in him helped him reach the goals he had set for himself.

His approach, which has made Jyoti Sangeet an important part of Assam’s cultural identity, shows that he has a strong inner need to be creative in music and a strong intellectual awareness.