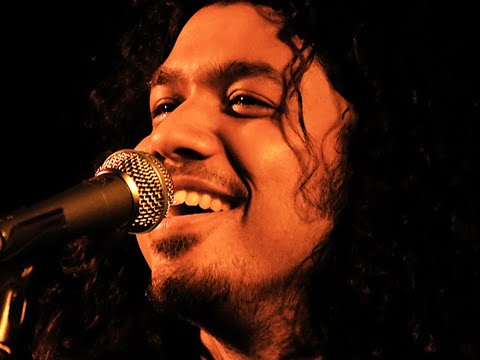 Angaraag Mahanta is an Indian playback singer and composer from Assam. He was born on November 24, 1975, and goes by the stage name Papon. Papon has also sung in languages like Hindi, Bengali, Tamil, and Marathi, in addition to his native Assamese. He is the lead singer for the folk-fusion band Papon and the founder of the band The East India Company.

In 2006, the movie Strings: Bound by Faith featured his first Bollywood song, Om Mantra. Jiyein Kyun, from the movie Dum Maro Dum, was his first big hit in 2011. In 2014, he sang a poem by Gulzar called “Lakeerein” for the movie Kya Dilli Kya Lahore and “Sun RI Bavli” for the movie Lakshmi by Nagesh Kukunoor. He sang Moh Moh Ke Dhage for the film Dum Laga Ke Haisha in 2015, and also the film Dum Laga Kand “Humnava” in Hamari Adhuri Kahani (2015). He sang “Bulleya” for the movie Sultan in 2016. In August 2016, Red Bull released “Hometown Heroes,” a seven-part documentary web series that tells the story of Papon’s childhood and rising career. “Baba Bolta Hain Bas Ho Gaya,” a song by Papon from the movie Sanju that came out in 2018, talks about how the “real” Sanju is different from the “reel” Sanju.

“Jajabor” was the theme song for MTV Roadies X: Battle for Glory, which aired in 2013. (Jajabor being an Assamese word for “traveler”).

The band has played at the Eastwind Festival, the Kovalam Literary Festival, and the SAARC Music Band Festival in New Delhi twice. They have also played with Sutasi in Singapore. The band took a two-year break while waiting for a solo album, which came out at the end of 2011 around the world. In November, the band will be performing at four big festivals. They also played at the October Fest in Bangalore, the NH7 Weekender fest in Pune, and the Rock for Rights concert in New Delhi.

He and his wife Shweta Mishra Mahanta now live in Mumbai. There are two kids.

He went there at first to study architecture, but he changed his mind and is now studying English literature at Delhi University. He went to Ramjas College for a while before moving to Moti Lal Nehru College. He stopped going to college after his third year.

The Voice India Kids mentor and judge Papon was seen live-streaming from his own Facebook page putting Holi colors on an 11-year-old girl, and the media and social media said he kissed her. On February 24, 2018, the Assam State Commission for Protection of Child Rights filed a complaint against him. Along with the other contestants and their parents, the child’s parents also denied the accusations against Papon. They said that what Papon did was a sign of fatherly love and that there was no kiss. He quit his job as a judge on the reality TV show because of the claims.

Based on the police investigation reports, a court of law later decided that there wasn’t enough evidence to charge Papon. The case was closed and it was said that a mistake of fact led to the case.

Papon has been on the albums of MDR Records and Times Music, and he has also been on the soundtracks of the Bollywood movies Dum Maaro Dum, I Am Kalam, Soundtrack, Patang, and most recently, Barfi! He was also on the Indian episode of the MTV show Coke Studio. He performed with MIDIval Punditz, Kailash Kher, and Shubha Mudgal on the show Global Indian Film Awards. He also was in Episode 6 of The Dewarists with Rabbi Shergill on Star World India and recorded the song “Khule Da Rabb.”