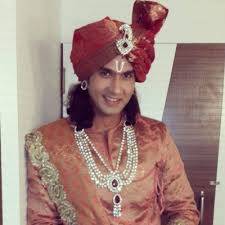 Mumbai, May 28 Actor Malhar Pandya’s “Devon Ke Dev…Mahadev” is one of the shows that was brought back on the small screen amidst the ongoing lockdown.

“It’s truly emotional filled moment to watch the re-run of my old show ‘Devon Ke Dev…Mahadev’. I remember the fun we had on sets while shooting. It was totally a new and challenging experience. For the first time I got to shoot for a love story in a show of mythological genre. I played Shree Krishna’s grandson Anirudh. It was a beautiful love story between me and Mahadev’s daughter Usha,” he said.

“‘Mahadev’ was a show that taught me shudh hindi (pure Hindi). I also learned acting for playing mythological characters. I’ll be thankful to the show all my life,” said the actor, who was last seen in the show “Nazar”.

After “Devon Ke Dev…Mahadev”, which originally ran from 2011 to 2014, Malhar featured in mythological shows like “Suryaputra Karn”.