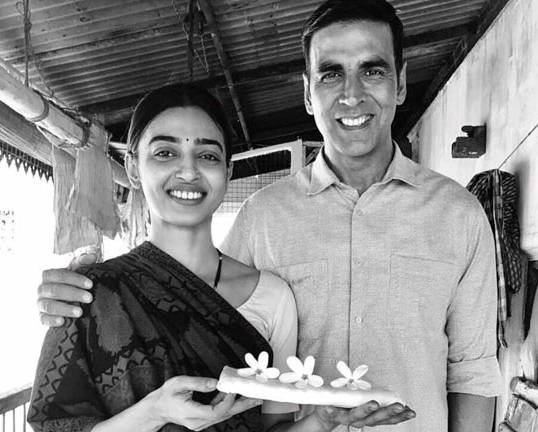 Mumbai, May 28 Akshay Kumar and Twinkle Khanna found an innovative way to advertise the benefits of menstrual hygiene on Menstrual Hygiene Day on Thursday, using the 2018 release, “Pad Man”. The film starred Akshay while his wife Twinkle is credited as one of the producers.

Akshay Kumar took to Twitter to celebrate Menstrual Hygiene Day, by talking about the film.

Tagging his co-stars Sonam Kapoor and Radhika Apte, Akshay tweeted: “It’s been 2 years to #PadMan and I’m glad we managed to push the envelope a little on this taboo subject. This #MenstrualHygieneDay, I hope we move a step closer towards ending period poverty and breaking taboos surrounding menstruation. @sonamakapoor @radhika_apte.”

This irked producer Twinkle as Akshay forgot to tag her.

“Err…. You are definitely not part of my next production! #PadMan,” she retorted.

Akshay Kumar immediately issued a mock apology to Twinkle and the film’s director R. Balki. The superstar requested his producer wife not to stop his source of income.

“Please mere pet pe laat mat maro. Missed tagging the team. Apologies to my producer, @mrsfunnybones, director #RBalki and the man without whom Padman wouldn’t be made @murugaofficial,” tweeted the actor.