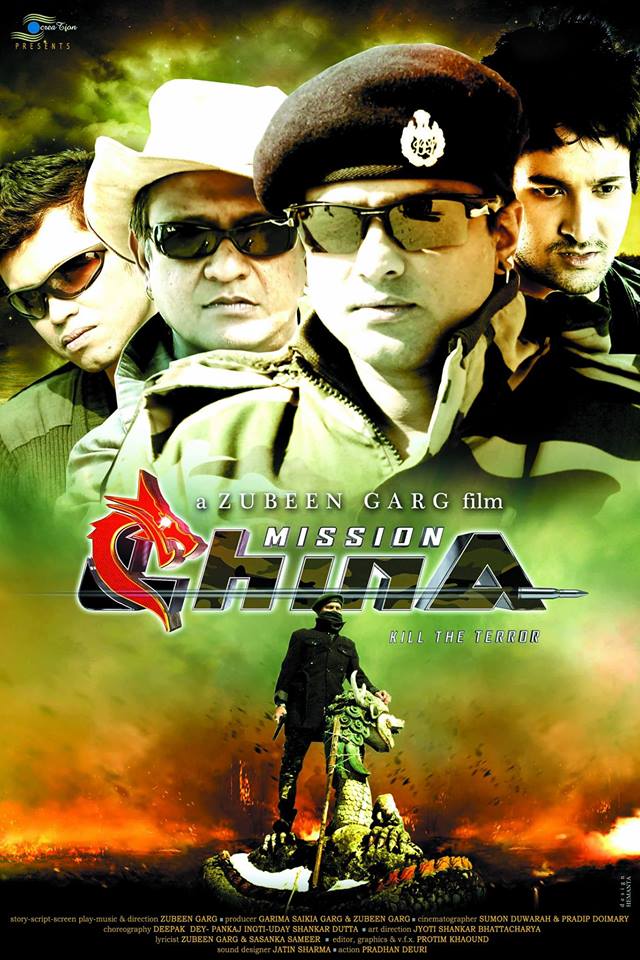 To the movie Mission China

Well, as we know the big budget movie Mission China got released today. It was the most awaited movie of the year in Assam and very proud moment as the Assam film industry haven’t seen any new films in years. This movie starts Zubeen Garg who is also the proud of Assam for which wonderful voice and now has been trying his skills as a producer and director as well as an actor.  He is the producer of this movie as well as director. Along with him there are other actors too, like Deeplina Deka, Pabitra Rabha, Tridip Lahon, Yankee Parashar, and Sidhartha Nipon. It is an all Assamese cast movie with the Assamese language and has been released in many states of India. People are going to the theaters to watch the movie. The story is a thriller with a strong love story. It starts with a retired colonel appointed to rescue the daughter of the home minister. The daughter been kidnapped by a lama who wants to show his powers and make an establishment in the China borders.The movie qualifies less with the theme and more with the love story, as we know that most movies gets a hit in the box office because of love stories so they have been giving more emphasis on how the love story should go. The music of the movie is well appreciated and the people of Assam are really very proud to watch such a movie hit the theaters and are getting their busy time out to watch this movie.

As the movie shows a relationship between India and China so it will bring a good impact on the countries. Both the prime minister of the countries have agreed to it and made such a statement. This movie is a good try to bring a good message throughout the people of Assam that the film industry might take time to evolve but will evolve for sure with great qualities. Well this is the review we put, if you want to know it for yourself, surely should hit the theaters and get along with the Mission China team to bring the story to everyone and make it a huge success.

The box office also showed huge success from the first day itself. the collection that this movie made are as follows-

as you can see the box office really had a great collection and so there we can say that it is huge success and proud moment for Assam.  Hope you are and will enjoy the movie.