Skip to content
Chetana Das was born on 4 th november 1954 in Shillong. She is a marvelous comedy Actress.

She has played many theatre such as “Siraj”, “Chanakya”, “Nagraj Basuki”, “Mahijivi”, etc. She bagged the Gold medal for the drama-” Sihat Namare” in the drama festival held at Gauhati University in 1972.

She also performed in many plays of Air India Radio. She Played the role ” Maina” in the play “Govardhan charit” and ” Bedana” in the play ” Kathfula”. The play ” Maina sangbad” written by Tarun Saikia, selected as one of the best Plays in the All India Radio Drama competition. Chetana Das played in award inning films like “Agnisnan”, “Kolahal”, “Sarathi”, “Sandhya Raag”, “Avartan”, and in hindi, “Kaal Sandhya”, etc. others films are Hiya Diya Niya, Suren Suror Putek etc. She had played more than 50 VCDs also. 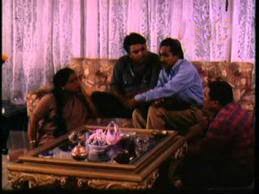