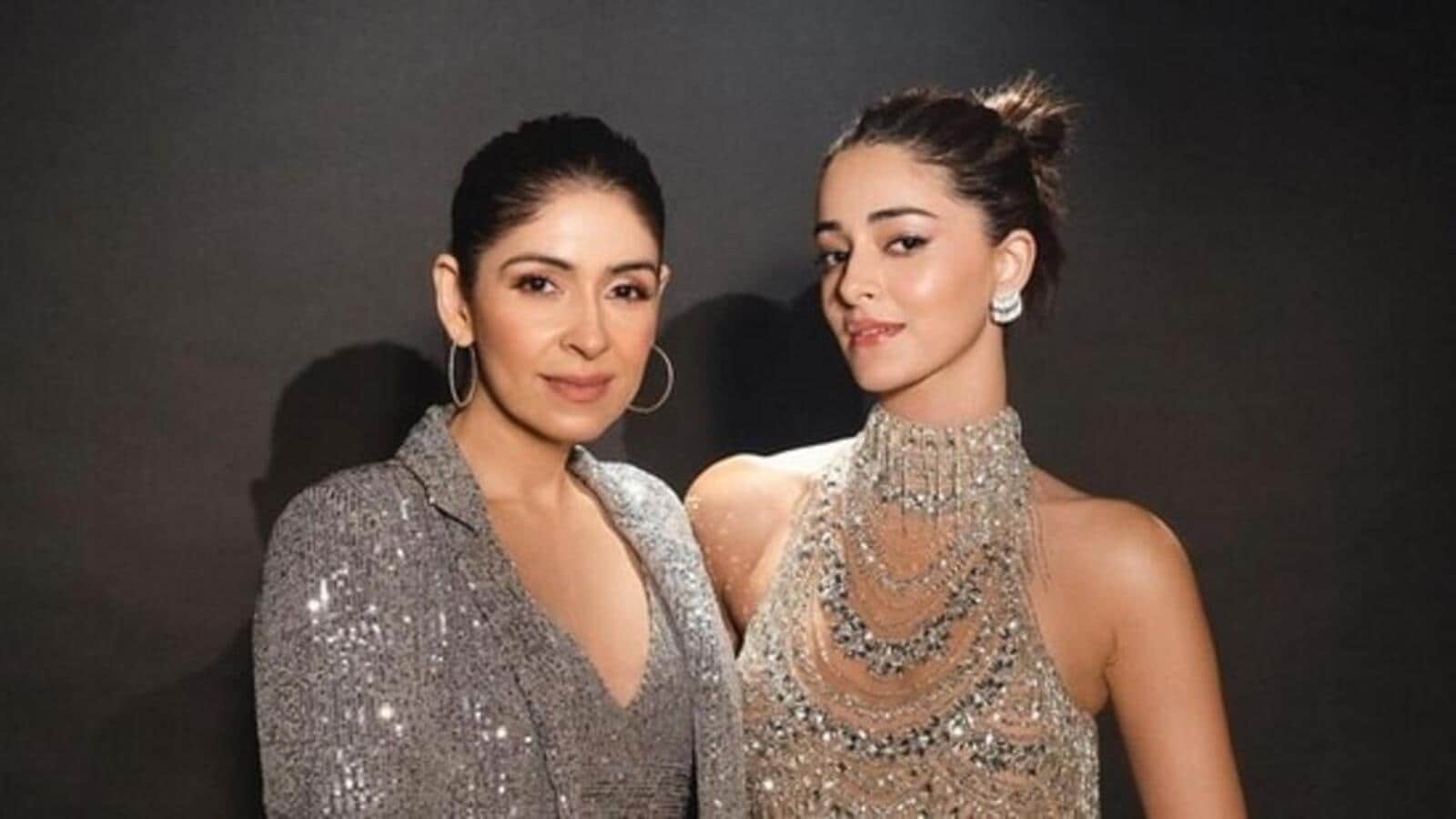 In response to the actor’s hookup rumours, Ananya Pandey’s mother, Bhavana Pandey, says that while it used to worry her, she has now come to accept it as part of what her daughter does (her profession).

“People will say both positive and negative things about me, but right now I am quite comfortable and pleased.” Ananya and Chunky (Pandey) have both opted to step in front of the camera… to be assessed. And they understand what it takes to be who they are. “However, anything stated about my youngest daughter (Rysa) would undoubtedly upset me because she was not chosen,” he says, adding, “I absolutely think that the good transcends everything else.” Overall, I feel much more at ease and pleased.”

Bhavana claims that as a mother, she regularly tells Ananya a lot of things, and knowing what to do and what not to do to avoid controversy is only one of them.

“As her mother, I tell her the smallest things, like to brush her hair and wear clothes that have been ironed. But I know that Ananya is a smart, well-educated young woman who knows how to take care of herself. She was 18 or 19 years old when she entered the industry, and this is the age when the most learning occurs. That is the age when you make the most errors, learn the most, and develop the most. She accomplished all of this while in the public glare. She almost grew up in front of the camera. Overall, I believe she is doing quite well, and Chunky and I are extremely proud of her “Bhavana, who starred in the second season of Fabulous Lives of Bollywood Wives, agrees.

“The fame and everything else is wonderful and makes you feel good, but inwardly I feel happier than I was,” Bhavana says of her transformation throughout the two seasons and becoming a celebrity after the show’s popularity. I was quite nervous throughout the first season. I had no idea how the show would come out or how people would react to it. We certainly anticipated that not everyone would enjoy it. But the thought that everyone would see it and have an opinion on it is incredible.”

Bhavana claims to know several individuals who have met for coffee and lunch and have even formed WhatsApp groups to discuss the show. The critical reception, however, was overshadowed by the show’s immense popularity. We also can’t assume that everyone will find it entertaining. It must have had mixed reactions… mixed reviews. It should become a matter of conversation, and people should talk about it, since only then will the programme be successful. So, whether you love us or despise us, don’t ignore us,” he ends.

Why the Term Plan Works Best for Home Loan Liability