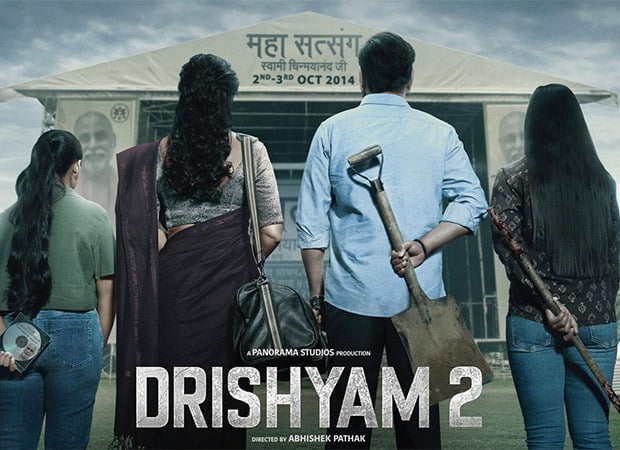 The second part of Drishyam, directed by Nishikant Kamat and based on the Malayalam film of the same name, is in the works. Drishyam, starring Ajay Devgn and Shriya Saran, told the tale of a regular middle-class family in Goa who became criminals in order to rescue their children. But the guy, Vijay Salgaonkar, will go to any length to protect his family, leading the Goa police on a wild goose chase before triumphantly covering up the entire scenario. The skeletons in the closet may have been concealed, but they did not vanish. The sequel is claimed to be about what happens when Vijay Salgaonkar has to confront the truth again.

Due to the epidemic, the Malayalam version of Drishyam 2 was published on Amazon Prime on February 19, 2021. Shriya Saran, the second part of the Hindi film starring Ajay Devgn, will be released this year. The first look poster for the film, which featured the Salgaonkar family, including Vijay Salgaonkar, his wife Nandini, their daughter Anju, and their second daughter Anu, was released today. The poster depicts the Salgaonkars with their backs to the camera, with Ajay clutching a shovel, his daughter, Ishita Dutta, holding a long iron rod, and his younger daughter, Mrunal Jadhav, holding a CD. Along with the image, the creators have also announced that the ‘Recall Teaser’ will be released tomorrow, September 29. The teaser is meant to remind viewers of the events of the first part.

Reducing STI Shame Starts With Not Using the Word ‘Clean’