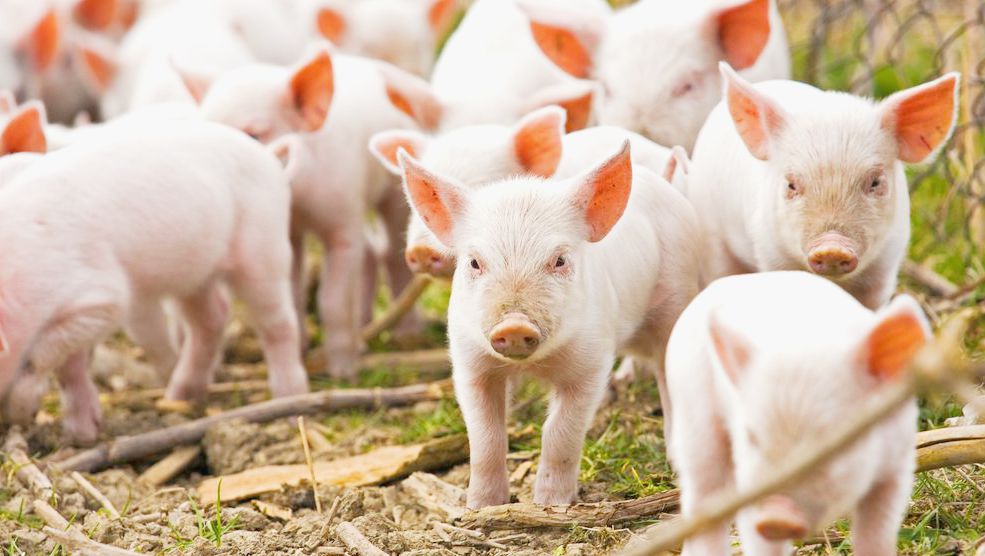 Pigs are lovely animal if we talk about them. Mostly, they are loved as food, and therefore, people do pig farming. In this article, we will discuss how small pig farming can be done in India. There are some basic things that need to be taken care of, and then you are totally good to go.

The Indian livestock sector is one of the fastest-growing in the world. The country has the world’s second-largest cattle population and is the world’s largest milk producer. India is also the second-largest producer of poultry meat and eggs. The livestock industry has grown because people want more meat and milk products and because the government has made policies that have helped the industry grow.

The majority of India’s livestock is raised by small-scale farmers, who often keep only a few animals and graze them on communal land. However, there is a growing trend towards intensive livestock production, particularly in chicken farming. Learn an overview of corporate pig farming in India. It talks about the leading players in the industry and what needs to be done to start a farm.

The Importance of Pigs

Pig farming plays an important role in the agricultural and economic development of a country. They provide high-quality meat and are a source of income for small farmers. In India, pig farming is an important part of the rural economy.

Pigs are used for their meat, which is called pork. Pork is a very popular meat in India, and it is one of the main sources of protein for the country’s population. Pigs are also used for their skin, which is made into leather. Leather is used to make many products, including clothing, shoes, and furniture.

Pig farming in India has many challenges. First, pigs must be vaccinated against diseases such as swine flu. Second, they must be given enough food and water. Third, they must be kept clean and free from parasites. Fourth, they must be sheltered from extreme weather conditions. Finally, they must be managed in a way that minimizes their environmental impact.

Types of Pig Farming in India

Pig farming in India comes in many different forms. There are small-scale farms, large commercial operations, and everything in between. The type of pig farming that is right for you will depend on your specific goals and circumstances.

Small-scale farms: Small-scale pig farms are typically family operations with a few pigs. These farms may sell pork directly to consumers or to local butcher shops and restaurants.

In between: There are many types of pig farming operations that fall somewhere between small-scale and large commercial operations. These farms may have a few hundred pigs and sell pork to both the local market and larger retailers.

Cages and pens are an important part of corporate pig farming in India. They provide a safe and secure environment for the pigs to live in, while also allowing for easy access to food and water. There are a few different types of cages and pens that can be used, so it is important to choose the ones that best fit the needs of your farm.

The most common type of cage is the gestation crate. These crates are used to house pregnant sows during their pregnancy. They are small, cramped, and uncomfortable, but they keep the sow from being able to move around too much, which can cause problems with the pregnancy.

Piglets are usually kept in group housing after they are born. This allows them to socialize with other piglets and learn important skills like how to compete for food. Group housing can be in the form of pens or larger communal areas.

Pigs are typically moved into individual housing as they grow older. This allows farmers to better monitor each pig’s health and progress. It also makes it easier to control what each pig eats, as well as how much exercise they get.

Cages and pens play an important role in corporate pig farming in India. By providing a safe and secure environment, they help to ensure that pigs are able to live healthy lives and reach their full potential.

When feeding pigs, you should always provide fresh water. Pigs love to wallow in mud and water, so it’s important to make sure that they have access to clean water at all times. It’s also important to keep their food and water bowls clean as pigs can be very messy eaters!

It’s important to monitor your pigs’ weight and appetite so that you can tell if they’re getting enough to eat. If your pigs start to lose weight or their appetite decreases, then you’ll need to increase the amount of food that you’re giving them.

Pigs are very active animals and love to play. You can provide them with toys such as balls or tires to play with. Pigs also like to chew on things, so you can give them things like branches or pieces of wood to chew on. Just make sure that the things you give them to chew on are safe for them and won’t splinter.

Pigs are social animals and do best when they’re kept in groups. You can keep multiple pigs together in the same enclosure, but you’ll need to make sure that there is enough space for all of them. Pigs typically prefer to sleep in groups as well, so you’ll need to provide them with a place where they can all sleep together.

Housing and Care of the Pigs

Pigs are highly intelligent animals and social creatures that need stimulating environments in order to thrive. When kept in cramped, dirty conditions and not given enough space to move around, they can become bored and frustrated, leading to a host of problems.

In India, corporate pig farms typically house pigs in small, crowded pens with concrete floors. These conditions are far from ideal, and pigs on these farms often suffer from health problems as a result. In addition, the use of antibiotics to prevent disease is common on corporate pig farms, which can lead to the development of antibiotic-resistant bacteria.

There are a few things that you can do to help improve the housing and care of pigs on corporate farms in India:

– Advocate for larger pens with enrichments such as straw bales or balls for the pigs to play with.

– Call for an end to the routine use of antibiotics on these farms.

-Encourage farmers to provide access to outdoor areas where pigs can root around in the dirt and get some fresh air.

Pigs come in many different breeds, each with its own unique set of characteristics. Some of the most popular pig breeds include Yorkshire, Hampshire, and Duroc.

Yorkshire is one of the most common pig breeds in the world. They are known for their long, curly hair and their large size. Yorkshires are also known for being very intelligent and easy to train.

Hampshires are another popular breed of pig. They are smaller than Yorkshires, but they make up for it with their high level of energy. Hampshire is also known for being a very friendly and social animal.

India is the second-largest pork producer in the world, with corporate pig farms playing a big role in meeting this demand. These large-scale business operations have made pork cheaper and easier to get for Indian consumers. While there are some concerns about the welfare of animals on these farms, overall, corporate pig farming has been positive for the Indian economy and for consumer choice. See also, POULTRY FARMING, Guide.

ONLINE RETAIL MARKETING TRICKS YOU SHOULD LOOK INTO