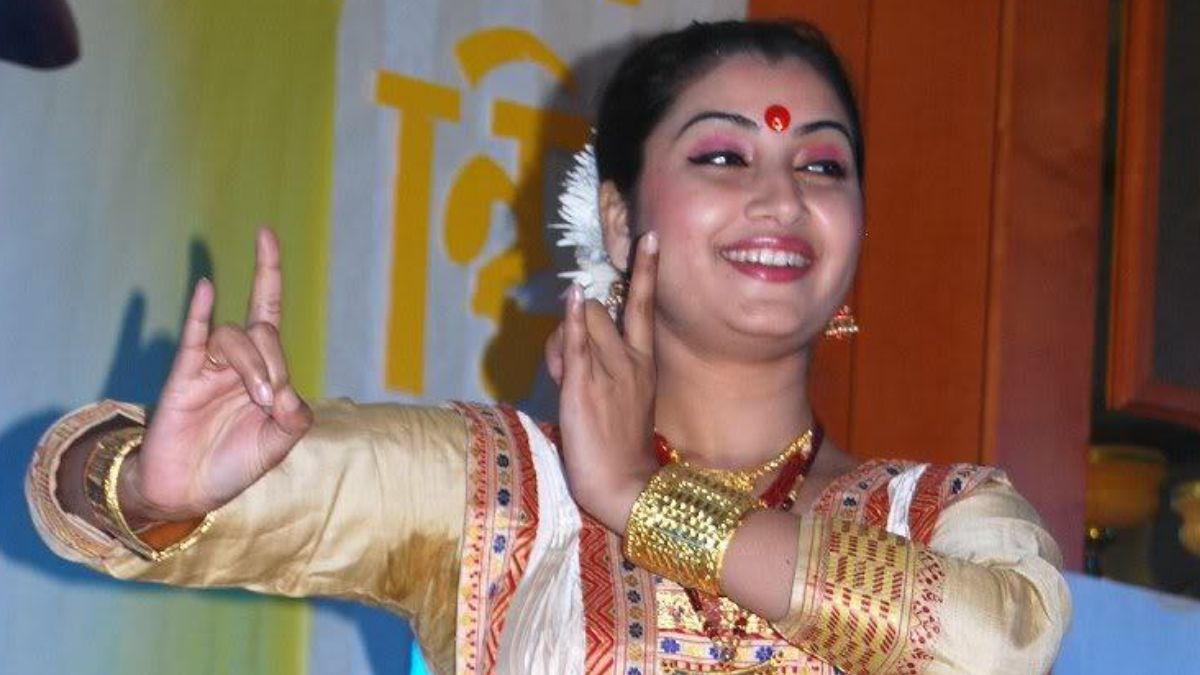 Gayatri Mahanta (গায়ত্রী মহন্ত) is the best actress in Assam. Gayatri Mahanta was born on February 14th, 1982, in Guwahati, Assam, India. Her parents are both opera artists and very fond of the Satria culture of Assam. She started her schooling in her hometown, Guwahati. She later completed her bachelor’s degree from Guwahati University.

She started her carrier as a model in the North East Mega fashion show in Hotel Brahamoputra Ashoka (Guwahati) in 1995. She has been offered Assamese VCD film producer and filmmaker Abdul Majid for his new Bihu VCD Junbai 1996.

Gayatri Mahanta is very fond of Bihu songs and dances, and she has attended various competitive Bihu dances. She has appeared in many VCD film series, such as ANJANA, JAANMONI, JUNBAI, APSARA, NAGINI, and many more. She has also been seen in traveling theaters every year as a drama artist, and she has become more popular among theater lovers.

Gayatri Mahanta, who is a well-known actress in Assam, and Pavitra MP Margheritas, who is married, are the two new guests. People in Assam are wishing good luck to the parents of the twins after the news broke out in the media.

Note: The photo credit goes to the original creator. We collected it from Google.