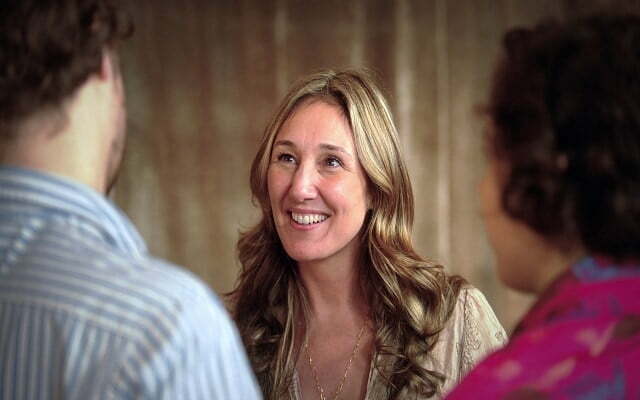 Despite the American narrative culture of startups gone wrong being stuck in an endless loop, there has been a shift in recent years. Nowadays, if a post breaks a powerful investigative history, it will ruffle more than just feathers within the industry. A filmmaker will notice that piece and contact the writer. Next comes the documentary, featuring a subnarrative about Silicon Valley company’s founder and his reputation, fully examining this revolutionary company from head to toe. In today’s political climate, we’ve seen Hollywood tell fresh stories with new angles on old ones. This is when the Internet can’t stop talking about it!

The OneTaste Story is a cautionary tale that tells the story of a sexual wellness company that was started by a yoga instructor who teaches “orgasmic meditation” (also known as OM) to individuals as a way to attain female orgasms. Along with interviews and footage, the documentary uncovers how former members and employees of the business were abused and victims of an organization that exaggerated its credentials.

The Netflix-produced documentary about the rise and fall of a cult company is, as we speak, embroiled in its own ethical challenge. Netflix has been accused of using footage without the consent of the company’s current and former associates and participants. The faces have been blurred in the footage, which has led to a lawsuit by these members of the streamer. It’s a sticky accusation because most of these members were once part of an organization that had openly advertised its ‘desire-based wellness’ in videos for years, until, of course, it all fell apart. The documentary is still on Netflix either way because OneTaste is still under investigation by the FBI. It is a convincing but condensed watch. There’s obviously so much more that could fill eight hours’ worth of material besides this story. It would be morbid if Gwyneth Paltrow was involved in the sequel though!

Although my bet is on someone like Blake Lively. The central figure of the documentary is another blond and magnetic founder, Nicole Daedone. Daedone is a personality blend of all of them: Adam and Rebekah Neumann from WeWork, as well as Elizabeth Holmes from Theranos, with a touch of Anna Sorokin and even Ma Anand Sheela. The way everyone talks about her, of course, Netflix couldn’t interview her; Where’s the fun if they did? – is interesting. You can almost feel that they realize how foolish she made them see only through her charm and persuasive genius.

OneTaste has sparked controversies about sex, feminism, and whether a woman can be too busy to orgasm. The film explores the company’s often messy past, from sexual harassment accusations to controversial company policies that allowed minors to get discounts on therapy sessions and charges women up to $5,000 to attend its courses. It’s a story that runs like a cable-TV drama — high-stakes board meetings post-Daedone exit, personal animosities between employees, disturbing stories of people who had been spamming Nicole with requests for assistance long after her departure.

What “Sex Inc” does effectively reveals the subtext of subscribing to the American Dream. Though Daedone uses her gender and sexuality, she still belongs to a boys’ club culture that rewards men for their actions. Both Holmes and Daedone have made huge impacts in their world, but only one is being severely punished for it.

Nicole Daedone’s story tells us very little about who she is and where she came from. But if you look hard enough, it’s not hard to imagine. She’s a businesswoman who wanted to be on top. Just as Neumann and Anna were immigrants who wanted to succeed. The world isn’t a country for the marginalized, which is why fairy tales are often based on rags-to-riches narratives rather than powerful visions. People want to see people like Daedone and Holmes succeed, until they decide not to.

10 Reasons You Need To Get Your Car Insurance Online

China Assures Pakistan That It Will Support Its Economic Development